I was on the phone the other day with a friend who is a Roman Catholic priest. In his closing words he promised to pray for the subject of our conversation, and I believe he meant it. In fact I once was running through his church’s parking lot early one morning and found him praying and walking in a back corner of the property.

I have always wanted to be disciplined like that.

When I was in college I was befriended by an older man who had been a missionary in the Niger Republic. He was working temporarily as a maintenance man on the Michigan State campus while his daughter was a student. I stopped by his shop one day and caught him working through boxes of tiny cards on which were written portions of Scripture which he had memorized over the years. He had memorized scripture in English, French, and Hausa, the latter two the most prominent languages of Niger. Such discipline was foreign to me. 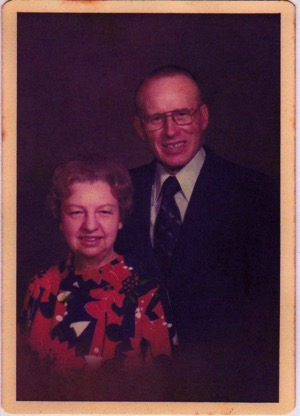 Ten years later, this man (Jim) and his wife (Alice) had retired to a location in Florida near where I was then beginning to pastor, and so one Saturday I loaded my family in the van and we went to visit them. On the porch of his modest mobile home he had a stationary bike. He had rigged it so that when he pedaled, the effort drove a wheat grinder. He was quite the resourceful man. More impressive to me, however, was the small platform he had rigged between the handlebars. On it were a box of cards. Prayer cards, this time. On each card was written the name of a different person for whom he prayed regularly. His wife and he, she told me, prayed for Barb and I every day, and had since our days at Michigan State.

I will never be that disciplined.

And yet these are not the things that I remember most about Jim.

First, he was a man of stunning humility and unrelenting compassion. One evening during our East Lansing days, some students had given a presentation to our church on personal evangelism. Jim, the veteran missionary, approached THEM after the presentation to get further insight. And in his ‘retirement’ his heart still burned to serve broken people. He spent the time from his arrival in Florida until dementia stole his mind volunteering as a chaplain in the local county jail. And he did so with a joyful delight that I can still recall.

So let me rephrase my ambition.

I have always wanted to be disciplined like that because often the people whose character has impacted me the most are people of discipline. As I’ve grown to learn that the value of the spiritual disciplines lies not in the act but in the fact that it puts us where God delights to work. I’m guessing that Jim and Alice Lucas became the people they became partly because of their faithful and frequent visits in the presence of their God.

I’m no longer young and so my ambition to grow to be like Jim Lucas is quite removed from reality. God has had his own work to do in me. But I can drink from the same well from which he drank. I may not drink as deeply or as long or as faithfully. But I and we all can at least sip and God can have his way with us.