It is inscribed in the lore of Hope Presbyterian Church in Bradenton the Sunday that the preacher, showing off his “acquaintance” with pop culture, made reference to the lead singer of the band U2, pronouncing Bono with both o’s long. Whatever point I was making was quickly lost as those in the know snickered with silent amusement mixed with pity.

That was then. I’m far more careful now.

Easter Sunday at Covenant Presbyterian Church is one of two or three Sundays each year that we do not dismiss the children to children’s church before the sermon. So since my audience was much larger and much younger than normal, I made an extra effort to speak to the children.

My opening reference to The Wiggles went fine. No problem there.

But then, trying to give the children something to look forward to, I assured them that Elmo was going to make an appearance in the sermon. A brilliant strategy, thought I.

Twenty minutes in, when the slide with Elmo’s picture appeared, I expected, properly, for the children to perk up and some to say, “There he is!”

But they didn’t. I was surprised. Shocked, almost. I really expected them to be excited.

And then it was pointed out to me that the slide in question was in fact not Elmo, but Grover. 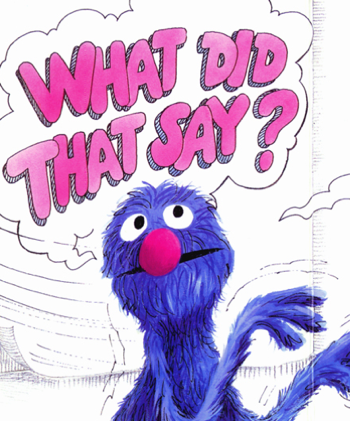 One child reportedly said to his parents after the sermon, “But Elmo never came.” This is a failure of Bono proportions.

As a follow up, after the service, I found this on my desk. 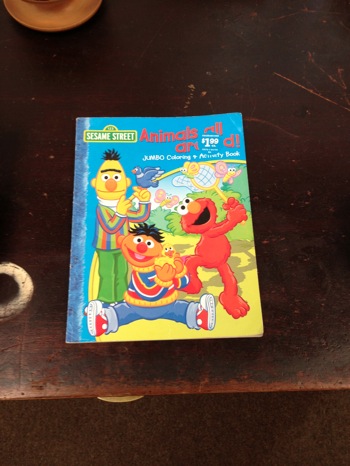 I will be studying my Sesame Street characters this week.

And how to pronounce the names of major pop artists.

What will you be doing?