The Stories of the Boys of Summer

To my knowledge, I first encountered the writing of sports writer Joe Posnanski when he wrote about the legendary game that in Tampa Bay Rays’ fan-lore is known as ‘Game 162’, the unforgettable night that propelled the Rays into the 2011 postseason. About that night, and about that game, Posnanski wrote a spectacular piece in which he contended that baseball is, indeed, boring. 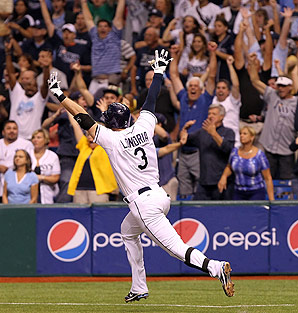 As unbelievable as that night was – and I won’t bore you in trying to recount it for you – Posnanski’s writing about it has stuck with me quite as much as the events of which he wrote. To read him is to connect with the history and soul of the game, and that is a gift.

I’ve read occasional things by him over the past couple of years. There is something about baseball that invites thoughtful essays, and Posnanski delivers. This past baseball postseason, Posnanski had some insightful things to say about the over-use and mis-use of baseball statistics in television broadcasts. Stats are a part of the game of baseball, but baseball is bigger than stats. He wants the announcers to tell more of the stories connected with those stats. I found myself resonating with his critique.

Since then, Posnanski has engaged in a project in which he is telling many of those stories that need telling. He has created a list, an obviously idiosyncratic list, as these things always will be, of the 100 best baseball players of all time. What could be academic and encyclopedic is becoming quite the clinic in how to tell a story well. I’ve not been able to read many, as he releases a couple of essays each day and I have other things filling my time. But if the quality remains as it has been, I might find it harder to pull myself away.

I suppose one who is not a fan might not find all the stories compelling. But surely one can read with appreciation about #81 on his list (Joe Jackson), a man who never liked his nickname (‘Shoeless’), and who found money such a great temptation that it led to his permanent banishment from baseball. Or one can enjoy reading about how ‘scrappy and resourceful’ flirted with the edges of ‘honest and legal’ in the career of #83 (Gaylord Perry). Good stuff, this. Check it out.

But first read his essay on Game 162.

But then, every now and again, something happens. Something memorable. Something magnificent. Something staggering. Your child wins the race. Your team rallies in the ninth. You get pulled over for speeding. And in that moment — awesome or lousy — you are living something that you will never forget, something that jumps out of the toneless roar of day-to-day life.

The day Something Worth Living For is released to the world.November 6, 2020
86 days to go.