A few days ago I was finally able to read the recently issued “Nashville Statement” of which some, but not all, readers will be aware. I have some thoughts about its content, but I need to say that whatever merits it contains or lacks, I can’t get beyond its sky-is-falling tone. A friend calls it breathless, which strikes me as accurate. In my life there’s been a whole lotta breathlessness going on. 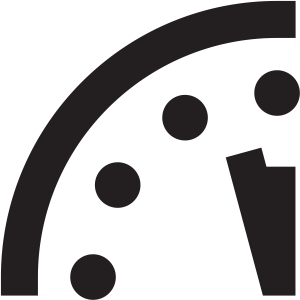 I grew up in a mainline church whose doom was pronounced by conservative voices in her midst. I began to flourish in my Christian understanding when the twin terrors of “charismania” and biblical errancy were staked as boding threats to be opposed. Soon we were being told that if we did not stand foursquare against women being ordained, the end would come. As well, all we held dear would perish if we did not take a life or death stand against the theory of evolution. And if we did not make immediate changes to the way we “do” church there would soon be no one to fill our pews as the youth, we were warned, were leaving and never coming back.

I have been hearing of the end of the church and her witness for so long that I can, or will, no longer hear such messages. When we are told that the only path of faithfulness is to Jump! Respond! Take a stand! all I want to do is to take a nap.

“Will the church of the Lord Jesus Christ lose her biblical conviction, clarity, and courage, and blend into the spirit of the age?”

Catastrophe is imminent unless, of course, we fall in line with those behind this statement. But I’ve heard this song before. I change the station and move on.

Perhaps I lack the necessary cultural awareness and cannot see how weak the pillars are which hold the sky that will soon collapse upon us. A number of people I greatly respect have signed on to this and perhaps they are right. Perhaps I should awaken from my slumber. Perhaps this is the one issue, the one that rules them all and that will, in the darkness, bind us.

But I’m prejudiced against ultimata whatever its source.

It is not just prejudice, though. I have a great confidence in Christ’s church. In spite of the challenges she has shown herself quite resilient, hasn’t she? I see no reason for that resilience to pass. I believe her people will continue to trust Jesus, to love and serve one another and their neighbors. I believe the church will continue to worship, and struggle, as she waits and longs for the kingdom that will come.

For help along the way, a true consensus statement articulating and defending the traditional view of sexuality offering a humble and compassionate restatement of the historic Christian view of marriage with irenic engagement with some of the emerging counter proposals would be welcome. But that is not what we have been given.

It is the teacher who speaks with a calm and reasoned voice who gets heard in a noisy classroom. That is the voice we need.

While we wait for it, let us continue to serve Jesus through his church. In that we should not grow weary.