Film is story, and story is powerful. 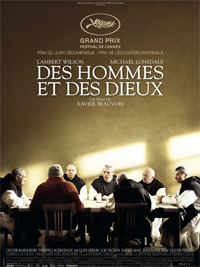 Film can be used as a tool of propaganda, as can any media, but as art it can illuminate. It can help us see what we would not otherwise see and sense what we might never otherwise experience. It can in a powerful way put our feet firmly in another’s shoes and help us see life through their eyes.

Over the past few days I’ve been trying to bring some focus to my own thoughts regarding the immigration and refugee responses being determined by my country. Perhaps they will soon come to a shape that I can share with grace. In the meantime, though, I would like to suggest some movies that might help us feel the issues more powerfully than argument ever could. 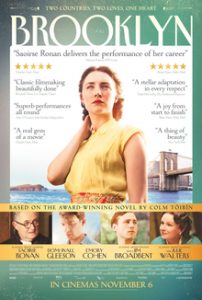 Film is never objective and neither are the suggestions below. Good movies can, without undo pontification, inform our empathic impulses in helpful and profound ways. These are movies that succeed in that. These are good movies touching upon current themes and encouraging sympathy and openness.

Regardless of one’s take on the issues before us, these are movies worth watching. They are well made, thoughtfully produced, and the themes are handled artistically without a heavy hand. I invite you to disengage from Facebook and Twitter for a couple of hours and enjoy one or two. I’d be interested (I think!) in what you think.

Brooklyn – This is a sweet and delightful film chronicling an early 20th Century immigrant’s experience. The immigrant is Irish and so the story feels distant and far removed from the current debate. But perhaps it is not.

The Lost Boys of Sudan – This and the next two deal with immigrants from Africa. This documentary touches upon the tens of thousands of children orphaned and forced to flee their home and enter East African refugee camps. The movie follows the story of a few who are granted resettlement in the United States. 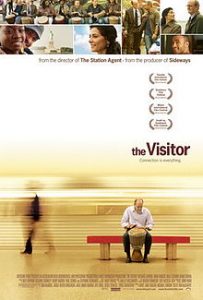 The Good Lie – Reese Witherspoon stars in this drama touching upon the same issue – resettled Sudanese refugees. The refugee and the communities into which they are settled are both severely stressed by the process.

The Visitor – A touching story of a lonely widower whose broken heart is given a start toward healing by an encounter with undocumented African immigrants. It’s worth watching if only to see the Walking Dead’s Michonne play a sweet and defenseless character who decapitates no one. 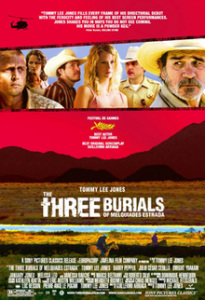 The Three Burials of Melquiades Estrada – This is an odd movie of friendship across borders, directed by and starring Tommy Lee Jones (and filmed on his ranch). With this one we enter the realm of immigration from Mexico. Viewers should know that this film earns its ‘R’ rating from a scene or two of sex.

Under the Same Moon – Perhaps it is sappy and sentimental, but given the family disruption and constant fear, this movie of a boy who crosses the border in search of his mother who crossed years earlier prompts the question of what would motivate one to make such drastic moves.

Of Gods and Men – Finally, not related to immigration per se, this story of a difficult choice foisted upon the monks of a Trappist monastery in Algeria revisits the question once asked of Jesus, as do all these movies, really: “Who is my neighbor?” And that is the fundamental question really, isn’t it?