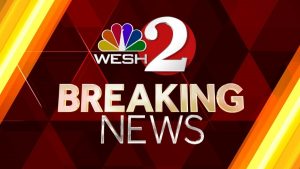 Among the many things I might say, that sentence is one which could probably get the most universal affirmation. Bad stuff has happened. The year that is past seemed to feed us an over-the-top diet of death and violence and loss and disappointment. I have seen many online express a longing for this year to be gone, a longing I sincerely get.

But, of course, we all know deep down that there is an artificiality to that longing. January 1 is an artificial marker in the temporal sand that could just as easily be drawn in mid March or late August. The rising of the sun on 1/1/2017 simply marks a time when we can turn our backs on what has passed and renew our hope for what might yet come, something which we could do any day if we chose.

At the same time, without disavowing the hard losses of 2016 it is important, it seems to me, to consider that the only thing we note in history is loss. We grieved his death this year, but no one but his immediate family took any notice of the birth of Alan Rickman. Even they, unless they were possessed of a prescience of which I’m unaware, did not look at him and say, “He will make such an endearing Professor Snape some day.” And I’m guessing there were no newspaper articles celebrating the birth of David Bowie and the gifts he would bring to the world. There were probably only a few that paid any attention when Prince was given his first guitar. Only a few are present at a birth, or at the beginning of any other path of greatness. And that makes me wonder how many paths to greatness were begun in the year past?

Perhaps fifty years from now, people will look back upon 2016 with different eyes and see that that was the year that the world was given an insightful novelist that everyone adores, or a gifted politician who brought an unprecedented unity to the world’s divisions. Perhaps 2016 was the year when a 15 year old girl is inspired by a science teacher whose name is known to few to pursue medical research, a girl who fifty years later is renowned as the single most influential person to arise in the fight against debilitating cancers. Who knows what might have invisibly happened this year that has set the world on a path of life and healing.

I’m a pessimistic sort. My muse is Eeyore and my bosom pal is Lewis’ Puddleglum. But weak as I am, I know that it is not a string of days we call a year holding the world together. Rather it is a God, whose ways we often don’t understand and frequently dispute. But his purposes for this world are ultimately good, and that knowledge enables me in the midst of the darkness to believe that something better will come.

Something better may, in fact, already be here. We just don’t know it yet.