I’ve been accused of ‘channelling’ A. A. Milne’s (or Disney’s) Eeyore. If something can

possibly go wrong, I expect it will. If I get a headache, I expect to die of a tumor. If there is an unusual noise coming form the microwave, I immediately calculate how we are going to afford the new one I know we are going to have to buy. And if things are going well, I worry about when they will fall apart.

I defend my identification by saying that people like Eeyore, or C. S. Lewis’s Puddleglum the marshwiggle (surprise! – my favorite Narnia character) are not pessimistic, just ‘realistic’. They don’t get caught up in unrealistic expectations from a fallen world. But that logic simply covers up my sin. 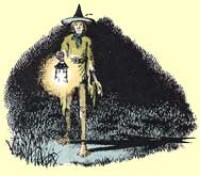 My love affair with Eeyore is really one of pride.

I, and perhaps Eeyore, are terribly proud and self-protective. If I say that things are going to get worse, and they don’t, everyone is happy, and no one cares what I said. If I say, though, that things are looking up and they go south, I look stupid. So, being negative is positive. See?

But this unfairly slanders Eeyore. I’m the one who is proud. The Eeyore I channel has lost his childlike faith and drinks deeply from a cynical well. I live on the down side of life because, at my most Eeyorish, I have lost hope that there is an up side.

I’m grateful to Paul Miller for shining an honest and penetrating light on my inner Eeyore. In his wonderfully helpful and practical book (A Praying Life) Miller strips my so-called “realism” down to its cynical core. My ‘realism’ is really cynicism which at heart is hopelessness, a hopelessness that suggests that one has lost touch with the reality that he is a son or daughter of a good and kind and gentle God.

When I first read Miller’s reflections on cynicism, I was deeply touched. I am so accustomed to things not working out that when things are going well I wonder where (as he puts it) the cloud is in that silver lining. I have forgotten that I have a compassionate heavenly father. Not even Eeyore or Puddleglum can be accused of that.

This does not mean that I do not still lie awake at night puzzling over problems I cannot fix, or ponder unhappiness at 5:00 AM Monday mornings. But it is good to know what I am doing, and to know why, and to remember that the God I’m having so much trouble trusting is one who did not spare his own Son, and therefore can be trusted to graciously give all things. (Romans 8:32)

Disney, though, is going to sue me before the day is out, I shouldn’t wonder.

The Stories of the Boys of Summer