Of Murderous Sisters and Circadian Rhythms

In the Spring of 1976, I was a naïve and intellectually unprepared sophomore at Michigan State University who was about to be introduced to the most fascinating professor he would ever encounter. Why I was taking this man’s class, I cannot recall, nor can I recall it’s name. What is vivid in my memory, however, is the way in which the graduate assistant introduced the class, the professor himself having been detained. He said that if he were to title the class, he would call it simply “Interesting Things.” It did not take long for me to see the appropriateness of the title.

The class was one on the popular culture of the 19th Century and was taught by Dr. Russel Nye, an unassuming man, short, a tiny bit stout, balding, and with an infectious laugh, a deep love for life, and an insatiable curiosity which loved to find meaning in ordinary things. I was later to find out that he had authored a Pulitzer Prize winning biography of the historian George Bancroft and that he had had a significant role to play in the development of the study of popular culture as an academic discipline.

But I prefer to remember him as the man, then appearing old to me, who stopped me one day in the library to show me a t-shirt he had picked up in Paris. It was apparently popular in Europe at the time to wear t-shirts from American colleges, and this one, he chuckled over, had “Harvard” emblazoned and misspelled on the front.

I’ve often thought of Dr. Nye when I have pondered the fact that truly great men do not need to act to persuade you of their greatness. It is only those who are not great who must labor to do that.

I ended up taking an additional class with Dr. Nye, one on Canadian Literature (the books for which he bought in Canada and smuggled across the border). I eventually had the privilege of doing an independent study with him, comparing the humor of Mark Twain with that of Canadian humorist Stephen Leacock (an early Garrison Keillor).

His curiosity made me curious. What more could one expect of a professor?

The class informally known as ‘interesting things’ was a study of the impact of the major inventions and trends of the 19th Century upon modern American culture. The photograph, for example, is something we take for granted which when introduced transformed the way we deal with the past. For the first time, it was possible to instantaneously freeze a visual image outside the human memory. The phonograph would do the same thing for sound. The 19th Century as well saw revolutions in medical care and religion. Strange medical approaches arose (phrenology, for one) and at the same time young men and women were dreaming dreams of utopias both on earth and in heaven.

That I write the paragraph above strictly from memory, though the class was over thirty years ago, is a testimony to the interest in sparked it me. The fact that I still possess the notes from that class and could access them even now is testimony of the reverence with which I hold the experience of discovery the class represented for me. 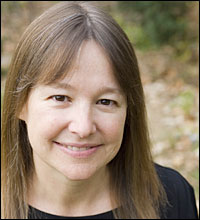 Anne Fadiman is the author of a collection of essays which I just finished, a wonderful volume called At Large and At Small. I am persuaded that if Russel Nye and Anne Fadiman were ever to have met, they would have liked each other instantly. A curious fascination with life would link them.

This book, too, could be titled “Interesting Things”. Curiosity and delight in life oozes from every word she writes and every corner of life she explores.
From her essays, I’ve learned to make ice cream with liquid nitrogen and have considered the violent thrill of lepidoptery. I now know that the ‘Mary’ of Charles and Mary Lamb, authors of the children’s introduction Tales from Shakespeare, wrote her portion while on leave from the insane asylum, where she was tucked away for murdering their mother. I’ve learned the chemical name for caffeine and why it has such enlivening effects on us.

I have also learned quite a bit about Ms. Fadiman. She had an upbringing which encouraged her curiosity and she has a brother who shares it. She, like my wife Barb, is married to a morning person while she is a night owl. She loves her husband but he and she share differing rhythms. And from spending a week with her, I understand why an otherwise proper seminary professor has a crush on her.

Thus is the fun of the familiar essay. And this has been the fun of At Large and At Small, an excerpt of which (together with an interview with the author) can be found here. She messed with my circadian rhythms. Big time. But I enjoyed every minute of it. I’m obviously a sucker for interesting things, compellingly presented.

Where can I get some liquid nitrogen?