I am not a novelist and imagine being so in only the briefest of delusional fantasies. However, those who write say that one writes best about what one knows best. So, Marjorie Kinnan Rawlings set The Yearling in the central Florida setting of her childhood. Success, acclaim, and the Pulitzer Prize followed.

So if I were to write some kind of novel, what do I know best? I’ve been a pastor for 23+ years. I suppose the story would have to center on a pastor’s life, but how would one make such a story captivating? 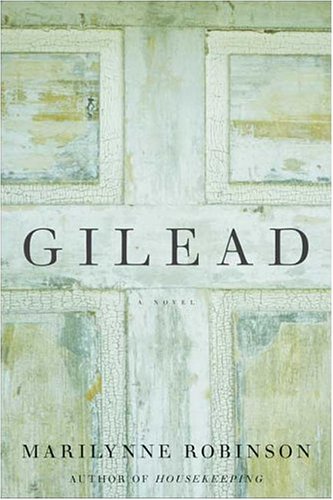 I’m speaking of a novel called Gilead, written by Marilynne Robinson, which was published in 2004 and received not only the Pulitzer Prize but also the deep affection of readers from diverse backgrounds.

It is the story of family and pastoral life in small town Iowa from the time of the civil war to the mid-1950s. However, it is not the plot which dominates, as it might be in many novels. The story is told through a series of letters written from an aged pastor to his seven year old son, a son born to him late in life, a son he knows he will never get to see into adulthood. And so we eavesdrop as he tells family stories and shares reflections and thoughts with his son as he would expect a father to do, but which he knows he will not be able to do. We hear him struggle to come to grips with apostasy, suffering, family division, and the prospect of death and the hope of heaven.

Rare is the cultural product which paints pastors sympathetically, but that is what Robinson has given us here. John Ames is a man of character and devotion. He is a man who struggles with what he should think and how he should respond to others. And when he struggles, he prays. He is a man whose beliefs are sincere and deep and whose love for others is genuine and not feigned. Time and again in reading the book I felt that this woman had spent time in my head listening to my thoughts and puzzlements and exultations. And in her writing she shows an acquaintance with the Bible that is natural and of the depth that one would expect of a pastor. It was hard to imagine that this was NOT being written by an aged pastor.

The story unfolds in a non-linear fashion, which can be disconcerting for some readers. I’m a sucker for the Tom Clancy novel where action barrels ahead with unrelenting momentum. I’m always in a hurry to finish what I start. This book did not let me. It forced me to slow down and ponder what I read. (That this is difficult for some of us is a fault in us the reader, not in the book or its author.)

I finished reading the book today as I lay in my bed recovering from a 24-hour virus. I feel like I’ve bid farewell to some friends. If I were to open up the newspaper and read that the Rev. John Ames of Gilead, Iowa had died, I would be sad. But he never lived. At the same time, he has lived and lives in churches large and small throughout this world.

Doubt, Downfall, and Down Under

Get Local Culture – Friday and Saturday